We took our first family vacation to Disney World in Orlando. We liked it so much that we came back a couple of years later with my parents. We stayed at Disney both times. The first time we stayed at the moderately priced Port Orleans resort. What I liked about it was that it had a restaurant there that we could eat at in the morning. All 5 of us shared one room. My son slept on a trundle bed. He wouldn’t fit on that right now like he did back then. The second time we stayed at the tree house villas. We had a little bit more room and even had a kitchenette that we didn’t really use since we had the dining plan. I would suggest getting the dining plan if you decide to stay there. The biggest drawback to staying at Disney was that Disney was the only thing that we saw. Last month, we did not go to Disney because we really didn’t have enough time. We checked out Universal and Sea World. Frankly, I liked Disney the best. 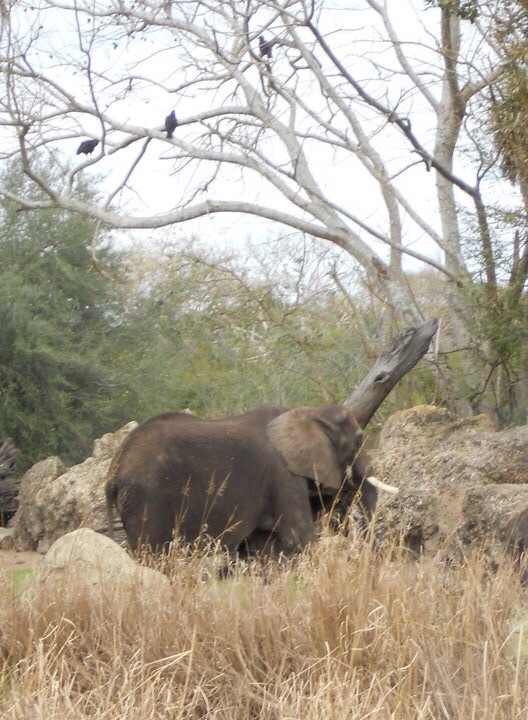 The picture above was taken at Animal Kingdom. You really feel like you are on safari with the rides and exhibits. I really enjoyed this park a lot. However, if you have a very limited time at Disney I would probably skip this park as it is very similar to a zoo that you could see anywhere.

The above picture is my all time favorite AK photo of my wild animals. The face painting made my kids very happy.

The picture below was taken at Epcot. I really enjoyed going on the ride Soaring. They use different images and even scents to make you feel like you are flying over various locations. The hydroponic vegetable technology ride is a must see. Then we spent most of the day exploring the different cultures presented at Epcot. Disney brings ambassadors in from the countries of Japan, Germany, China, England, France, Canada, Norway, Mexico, Italy, and Morocco. I was tempted to buy a belly dancing costume from Morocco. We ate french pastries and sipped German beer. The Italian ladies ran off with Paul. We ate at a wonderful restaurant with an underwater aquarium. It was nice to see fish swim by as you are eating. They even had a diver in the tank that waved at people. The evening ended at Epcot with a spectacular fireworks display. Epcot is my favorite park and is a favorite among adults.

The second time we were at Disney during the Super Bowl. That was the year that the Packers were playing and won. My family had to parade around Downtown Disney sporting their Packer jerseys. After the Super Bowl, Disney has a parade in Magic Kingdom with someone from the winning team there. That year it happened to be Aaron Rodgers.

While everyone was back at the resort watching the Super Bowl, Angel and I got away for a couple of hours to see Magic Kingdom. They offered extended hours that evening for resort guests. We were able to get on our favorite rides without a line. Space Mountain is the most intense roller coaster that I will ride. We really liked a moderate roller coaster at that park which mimics riding through a mine shaft. The comedy show at Monsters, Inc. is always worth the wait. I would skip Lilo and Stitch though if you don’t like the smell of pepper burps. We saw a Disney throughout history show too which was really neat to see how homes looked throughout the decades. 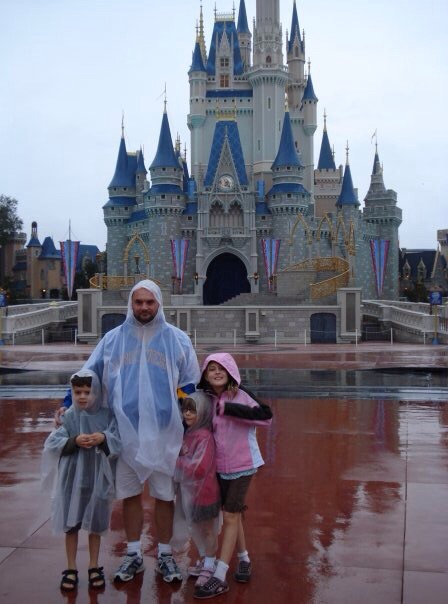 Magic Kingdom is the best park to take the kids. I loved it there. It is neat to see all of the characters and of course the castle. The fireworks in the evening at the castle are worth seeing too.

The last park at Disney is Hollywood Studios. It is a park that you could go through in a half a day and see pretty much everything. What I really enjoyed there was the Sci-Fi Diner. It is mainly a burger, fries, and milk shake joint. Waitresses come to the table in roller skates. You are seated at tables inside of an antique car just like you were sitting at an outdoor theater. The best part is that they are playing old black and white sci-fi movies. Out of all of the parks, HS is my least favorite. That being said, it is still pretty good.

We really enjoyed our time at Disney. It is great to be picked up at the airport. You don’t have to worry about driving the whole time that you are there. The wait times for the buses are never very long. It can be a little pricey, but is worth doing at least once. We had a wonderful time there. I hope to go back again some time, maybe even run their marathon. It truly is a magical place!