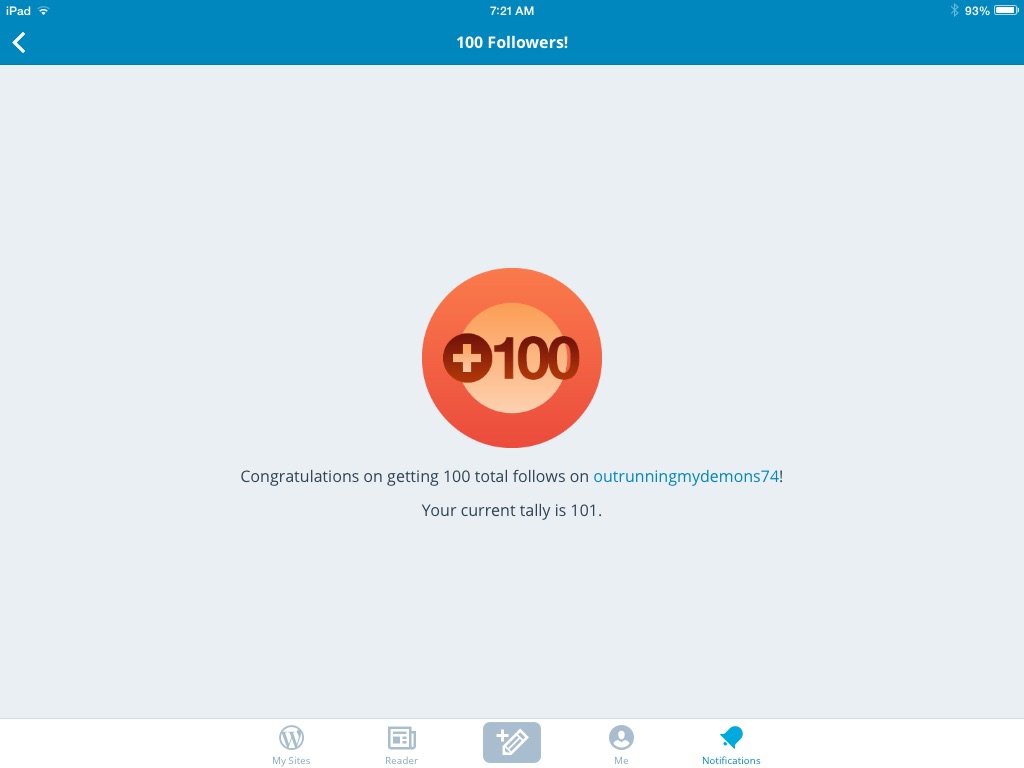 A few weeks back my employee gave me a 32 fl oz can of Badger State chocolate stout for a special occasion. He often brings back beer from around the state to appease me. So I said to myself that when I get one hundred followers, I will crack it open and share some with my husband. Somehow I thought that time would stand still for a couple minutes but apparently once again I was wrong. It happened last night before I went to bed and I couldn’t justify opening it right before bed. So seemingly by magic when I woke up I had 101 followers which was good because maybe one would back out and then I would have to let the beer sit longer.

Along with opening a special occasion beer, I am going to upgrade my wordpress account to make it more user friendly. I thought that I would have time to do that this morning, but after I got in to work it became quite obvious that wasn’t going to happen. There was problem after problem after problem. I took the afternoon off to run to appointments with the kids. This morning at work the employee that covers for me called in sick, so I became bottle necked at work. While at work I received a call that the 40 mph winds that we are having ripped my hot tub cover off.

I did get the appointments and errands run efficiently then drove home through a blizzard. Yes, winter did finally make it to Wisconsin. We still have strong winds and are expecting a foot of snow tonight. Bring it on! Maybe I can finally use those cross country skis! Until then, I am cracking open a beer too celebrate.