A few years ago, Paul and I had a conference in Phoenix. I’ll be honest with you, the little lunch break by the pool ended up turning into missing the next seminar. Didn’t we hear about that topic the year before anyway? We never get hot summer days in the fall in WI. Sometimes we don’t get hot summer days in the summer. So really could you blame us for giving in to temptation?

After the conference we rented a car and drove to Flagstaff. On the way we stopped in a little town called Jerome. We were told that was where the hippies live. We did see a couple in a VW van that could pass as hippies but that was about it. I wasn’t able to add to my collection of boho clothes or jewelry, but we did have a nice lunch. Then we stopped at the Red Rock park and hiked there for awhile. 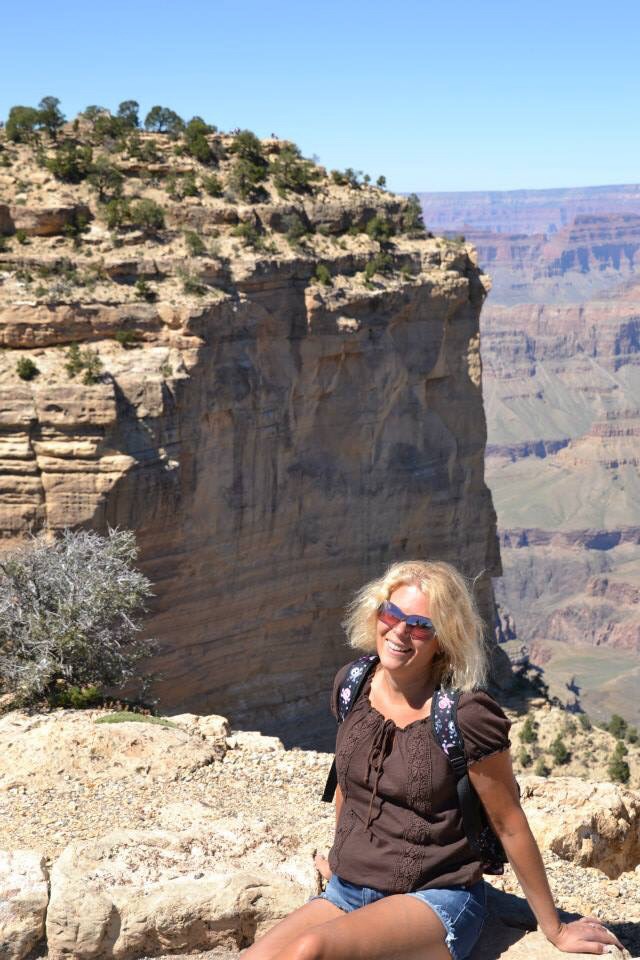 Flagstaff was a nice high altitude city. We took a short hike and I was very winded. We met a lot of people, most of them tourists like us. We met a man that followed us to a costume shop to see if he could buy a Bacchus costume to celebrate the fall solstice. He was going to ride around town on his motorcycle while wearing it. OOKKaaayyy. Interesting. Hmm. We met another couple, the woman’s dad lives near us and we know him. Small world. 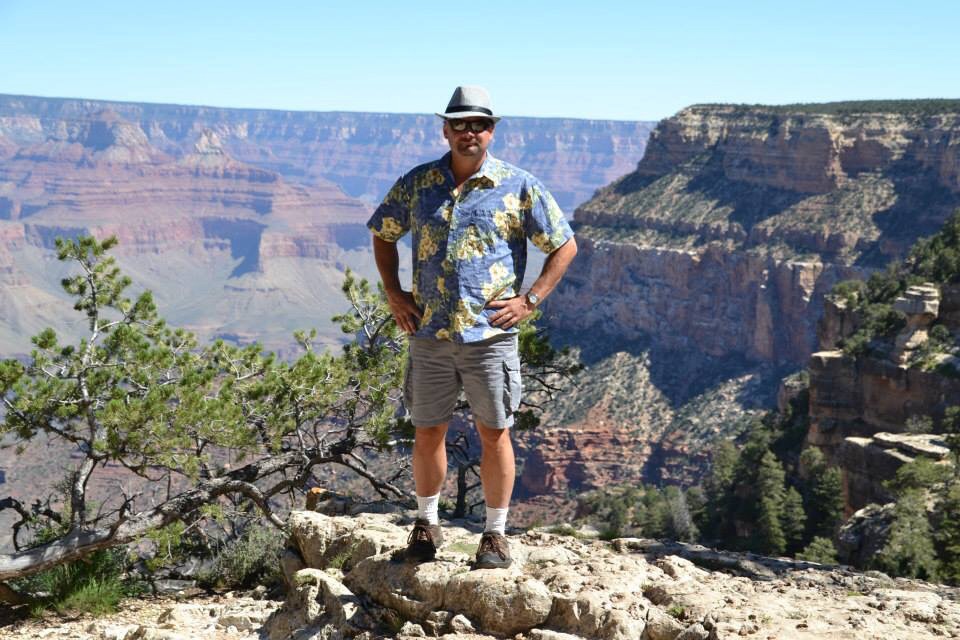 The highlight of our trip however was seeing The Grand Canyon. We decided to take the 6 mile hike around the south rim. If you remember from earlier, I am afraid of heights. I can’t even explain in words how overwhelming and immensely grandeur this location is. When we got off the bus to start our hike, I was so terrified that I wanted to turn around and head back. I practically glued my body as far as I could away from the massive drop. In most places, the trails were right next to the side of the cliff without guard rails. There were narrow paths that caused me to cringe when I had to pass someone. After awhile I got used to the dizzying heights.

When we got back to the hotel we looked online to see how many lives were claimed by this monsterous canyon. There were some interesting stories, like the man who pretended he was falling then actually did. Or the husband who had his wife keep moving back just a little more for the picture.

While I stood at the edge looking down, the still voice inside my head said jump! Jump! Paul said he had the same temptation. It was so strange. I had a lot of anxiety seeing families with small children. Or crazy people that would balance on the ledge. I was always afraid they would fall.

It is a horrifyingly beautiful location. I was awe struck and overwhelmed at the same time. I cannot express the feelings that this miracle of creation elicited within me. I felt like a tiny little ant. You will just have to take a visit yourself!

The flight home was the scariest flight I have ever taken. We had turbulence the whole 3 hours because we were flying over a storm. They couldn’t even serve food or drinks. I faced a lot of fears on this trip and it was positively exhilarating. This is a great location for the adventurous, but leave the little ones at home. I think it would be fun to take a week to hike down into the canyon. Or go rafting on the tiny little river. Okay, it just looks tiny when you are standing at the top of the world. One day just wasn’t enough to see this beauty.

Good thing I didn’t kick the bucket while checking this one off my bucket list!