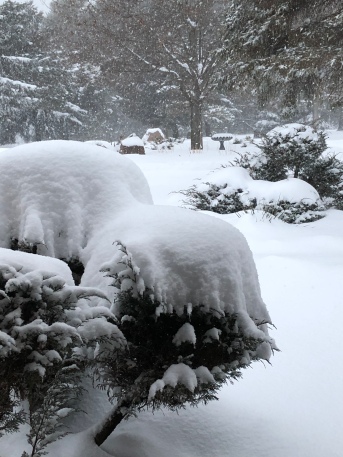 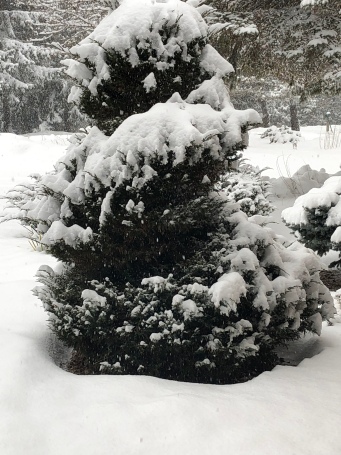 Winter has finally arrived in Wisconsin. Yesterday we received a foot of snow and the next two days we will have wind chill warnings of 35 to 50 below zero. Maybe I will be able to dust off my cross country skis after all.

Yesterday school was cancelled. Today the kids had school. Some are already cancelling for tomorrow. The roads have been treacherous, but we carry on because this is where we live.

The final countdown is on. Alex has less than 4 months now until graduation. He passed all of his classes and signed up to go to tech school this fall. I have been very excited about the positive changes but there have been a few slip ups. Alex still is consistently late for school. It hasn’t been easier since we moved further away. Plus the weather has been bad and last week he had car trouble. I think a lot of his problems would be solved if he just got up 10 minutes earlier.

Arabella is no better when it comes to timeliness. Angel always had to be 10 minutes early which caused a lot of fighting among the siblings when she drove the kids to school. As a parent, sometimes you just can’t win.

But after this parenting gig is all over, Paul and I will be on our own too. We weren’t even married for a year before our first baby came along. I want to be the life partner that is enjoyable to be with. Right now it seems like all of our focus is on problem solving and dealing with all of the change in our life. We concern ourselves with the urgent but not necessarily the most important.

Life is always a work in progress. My goal is to finish strong and keep working on my relationships. Instead of trying to change others, I need to change me. That has been a difficult realization to make. I need to be the change I want to see in the world. I can’t fix others.

Oh, and the next couple of days it will be colder here than in Antarctica. Maybe visiting all 7 continents wouldn’t be so bad after all. I am getting used to this now. I have to admit, it is very beautiful watching the swirling snow fall.

Time to update my bucket list and start working on my goals.